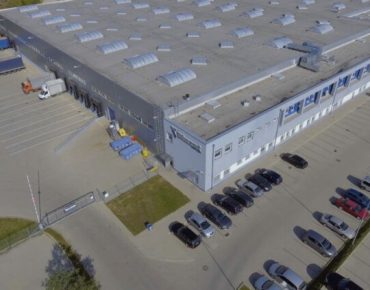 Biazet SA founded in Białystok is a production company with a tradition of over 50 years. Biazet has 950 employees and it is one of the largest employers in the region. The Capital group also includes a tool shop Bianar Sp. z o.o.

For years, Biazet produced TV sets as part of Unitra conglomerate. The facility was a pride of the previous regime, and the ceremony to lay first bricks of building work for the new production plant was attended by Edward Gierek himself. After a quarter of a century of operation, the company changed its production profile and started to cooperate with Philips. The second half of the 90s marked the beginning of assembly works of small home appliances, in particular coffee makers. This has been the foundation of the company’s operations for years. Due to the stable increase of orders made by the international giant, a decision was made to construct a modern production facility in 2012.

Evolution throughout the years

In the years to come, using its increasingly widening competences and the reputation of a reliable partner, it continued to receive new contracts from world market leaders such as: Brita, Wagner, Kärcher, Lavazza or Electrolux. This was made possible due to the consistent efforts of the management board to execute the company’s strategy striving for development in directions allowing to respond to the needs of the clients in the best way possible.

The conscious expansion of competences in the value chain allowed Biazet to offer a comprehensive range of services to its clients – ranging from developing a concept through product development, through manufacturing activities (engineering support, injection moulding technology), up to project management and production transfer. Owning an in-house tool shop allows to develop injection moulds and testing kits. The final decision on the scope of support which is going to best respond to their business needs lies with the clients.

Currently, the company owns 48 injection moulders. The last investment which took place after the takeover of Electrolux vacuum cleaners production from a facility located in Hungary, the company has increased its machine park by 17 plastic injection moulders. The Capital Group owns vast areas of land adjacent to the facility, which allow for a further development of the facility.

Employees are the key value for Biazet, which is why the company strives for ongoing improvement through training cycles. In addition, the company takes interest in local community issues. During the 50-year anniversary ceremony, Biazet organised a fund-raiser to raise money which were fully donated to the Children’s Hospice Centre in Białystok. 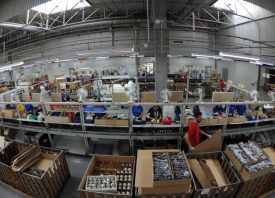 People are not aware of their existence, despite the fact that they use their products

The Pandemic and the resulting supply chains disruptions served as a development trigger. 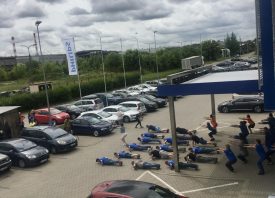 Biazet accepted the challenge and took part in the #Gaszyn Challenge campaign. 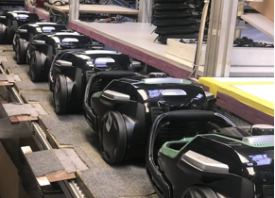 Biazet produces for the world leader

In previous publications we announced that Biazet is preparing to implement a project for a world leader in the vacuum cleaner market. 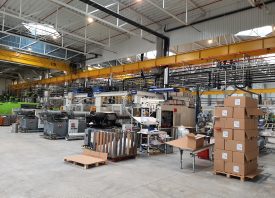 In September 2020 Biazet launched production of a totally new product. With this implementation we entered a completely new sector – child care.

Biazet accepted the challenge and took part in the #Gaszyn Challenge campaign. 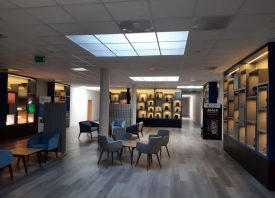 Biazet do not slow down

Biazet S.A. do not slow down and develops further. 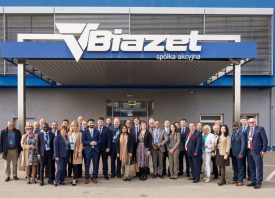 Delegation of the Commercial Counselors Club at Biazet S.A.

In November 2019, during the Eastern Economic Congress, a delegation from the Club of Commercial Counselors and representatives of the Polish Chamber of Commerce visited Białystok.